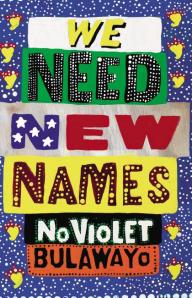 The associations we hold with the continent of Africa are impressions that are vastly different from the reality of actually living there. The world speaks of pity and sadness in the context of those countries, while forgetting that it remains the home of millions of people, who may exist in a world fiscally poorer than ours, but by no means devoid of happiness. We Need New Names is a novel that manages to inject some of the true joy and energy of this location into its lines of prose. It opens in Zimbabwe as Mugabe tightens his stranglehold on the country, told through the eyes of Darling, a ragamuffin girl growing up in a slum called Paradise. During the course of the novel, Darling is taken by her aunt to live in America at the age of 10 to grow up in a safer world. It manages to show us a slice of the real Africa – a place where children are hungry, but play and laugh, stealing guavas from the trees of their wealthy neighbours to get by. It also shows us the reality of growing up in America as an immigrant –always grateful but never quite belonging.