Hello lovely people! It has been a shamefully long time since I posted here and for that I sincerely apologise. However, on returning to the world of blogging, I bring an interview with the fantastic Laura Barnett, author of The Versions of Us which has become an instant bestseller. If you haven’t got your copy yet, then I’m not sure where you’ve been because this book has been gracing review pages and shop windows galore so it should be on your radar! Who better to describe it that its own author…? 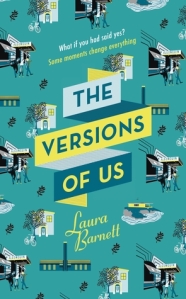 Welcome to Franny & Perks, Laura! Delighted to have you on the blog today, thank you so much for giving us your time. Could you start us off with a short description of The Versions of Us for our readers who are yet to discover its treasures?

Thank you so much for having me! So, The Versions of Us is my debut novel, and it tells the story of the relationship between one couple, Eva and Jim, from beginning to end, in three different ways. We follow the three versions from the moment their paths first cross in 1958, right up to the present day. It’s about the choices we make, how they define the people we meet and the kind of lives we live, and how our fate can turn on the tiniest, most insignificant-seeming decisions.

It’s been such an amazing time for you recently but maybe you could rewind a little? You are a freelance journalist, short story writer and now a bestselling author! What first drew you to writing?

I actually can’t remember a time when I wasn’t writing. I was an only child, so I spent a lot of time alone, especially during the school holidays – and one of the ways I most enjoyed spending that time was in making up stories, poems and great, convoluted plots for novels. Both my parents were – and are – huge readers, and they bred in me a bone-deep love for fiction – for invented versions of the world that, to me, often seem more real, more involving, than the real world outside.

What inspired you to write your first novel? The Versions of Us has been compared to a Sliding Doors-style drama. Did this film (or any other) have a part in the book’s formation?

I certainly saw Sliding Doors when it first came out, and loved it, and I’ve seen it several times since. But I wouldn’t say I was thinking about the film when I first had the idea for The Versions of Us. The idea really came to me quite suddenly, one morning about two years ago. I’d got married a few months before, so I suppose I was thinking about how important that relationship was in my life now, and how easily my husband and I might never have met.

The book explores how the future of a relationship can be determined on the outcome of a moment. I’m sure many readers will remember a time where they had to make an important choice which would significantly influence their path – was there a particular instance of this scenario on which you reflected when writing this novel?

Ah, there were many! My mum and I have often talked about how random some of life’s choices can seem – she, for instance, had the opportunity to move to New Mexico with her first serious boyfriend when she was 21, but she chose to stay in England instead. Had she made the opposite decision, I would surely never have been born – or if I had been, I’d have been a completely different person! And in my own life, so many choices have sent me down one path over another – like applying to Cambridge University,  or deciding to study journalism, or moving to Rome for a year, or heading to the party in Edinburgh at which I would meet my future husband…

It’s always difficult for a writer to follow such a successful novel but I have no doubt your next book will be just as special! Could you tell us more about it?

That’s very kind of you, thanks! So my next book is called Greatest Hits, and it’s about a female singer-songwriter in her sixties who has retired from music some years before. Over the course of the book, we learn about her life, her career, and what it is that caused her sudden disappearance from the music scene. It’s about art, and music, and the compromises that women, especially, have to make in order to succeed in those worlds.

The TV rights for The Versions of Us have already been optioned – congratulations! When writing the novel, did you ever imagine that it would hit the screens? What key qualities do the actors need to have to capture your two main characters?

Thank you! I have to say that having the TV rights optioned came as a complete surprise to me – though several of my early readers of The Versions of Us did say they felt the imagery was very visual, and that they could see it as a film. I’m so excited about trying to bring the book to the screen – it poses a lot of challenges in terms of structure and storytelling, and Trademark Films, the company who’ve optioned it, have some fantastic ideas about how to tackle them.

And as for the actors – what an interesting question. Well, I think the actress playing Eva would need to have quite a quiet, watchful quality – Eva is a strong, empathetic person, but not someone who wears her emotions on her sleeve. And I’d love the actor playing Jim to capture his playfulness and his restlessness, and to tap the reserve of sympathy that I, for one, always feel for Jim, even when he is at his most feckless and wrong-headed.

As a journalist with a body of work reviewing other creative people’s work, how do you feel having your writing on the receiving end of a critical eye?

Another very interesting question. It’s strange, I must admit. I’d like to say – as many writers and artists have said to me over the years – that I don’t read my reviews, because the only opinion I care about is my own. But that wouldn’t be true, I’m afraid. I care passionately about the novel, and that naturally extends to what critics have to say about it. But at the same time, as a critic myself, I can take a professional attitude to it, and understand that a review is one informed person’s reaction to the book. And, so far – and I am touching wood very firmly now! – most of the reviews have been amazingly warm and generous, for which I consider myself very lucky indeed.

Who are your favourite writers and how have they played a role in your growth as an author?

Ah, I fear I could write an essay in response to this, so I’ll limit myself to just a few authors! Anne Tyler is my absolute favourite writer. I started reading her work as a teenager and her overriding influence on me has, I think, been in developing an appreciation of the power of realism, and how the everyday and domestic – places that have so often been derided as banal or uninteresting, especially when depicted by female authors – are really where the most fascinating drama lies. And a more recent discovery for me is Elizabeth Jane Howard – a fantastic novelist, whose Cazalet Chronicles are simply some of the most vivid, involving, brilliantly detailed books I’ve ever read. I devoured them, one after the other, last year. She helped me understand, I think, that a writer must always reserve compassion for her characters, even when, on a personal level, we wholly disapprove of their actions.

If you could have a version of your life again, what one thing would you change?

Wow, what a question! I would go back to my teenage self, and tell her to stop worrying about being ugly / boring / generally unlovable, and try to persuade her that she must accept herself for who she is.  But then I suspect you can never really put a thirty-two-year-old head onto the shoulders of a thirteen-year-old!

What three books would you recommend for the summer (aside from yours, of course)?

Ah, how lovely to be asked this. Well, I have almost finished reading a novel called Plainsong, by an American author called Kent Haruf. My mum insisted I try it, and I can see why she fell in love with it: it’s the most beautiful, emotive story set in a small town in Colorado, and the writing is spare, lean and so moving. I’ve also got In My House by Alex Hourston – a fellow debut novelist – high up on my to-be-read pile; it’s a brilliant story about a middle-aged woman whose life becomes ensnared with that of a trafficked girl. And I’ve just bought Kate Atkinson’s A God In Ruins – I adored Life After Life, so I can’t wait to see what she’s done next.

Thank you so much, Laura. It has been a delight having you on Franny & Perks today and hope that our readers enjoyed hearing more about you and your novel as much as we did. We look forward to your next novel and wish you every success! X

Isn’t she so lovely?! It has been such a pleasure to be part of the blog tour. I hope you have enjoyed it! 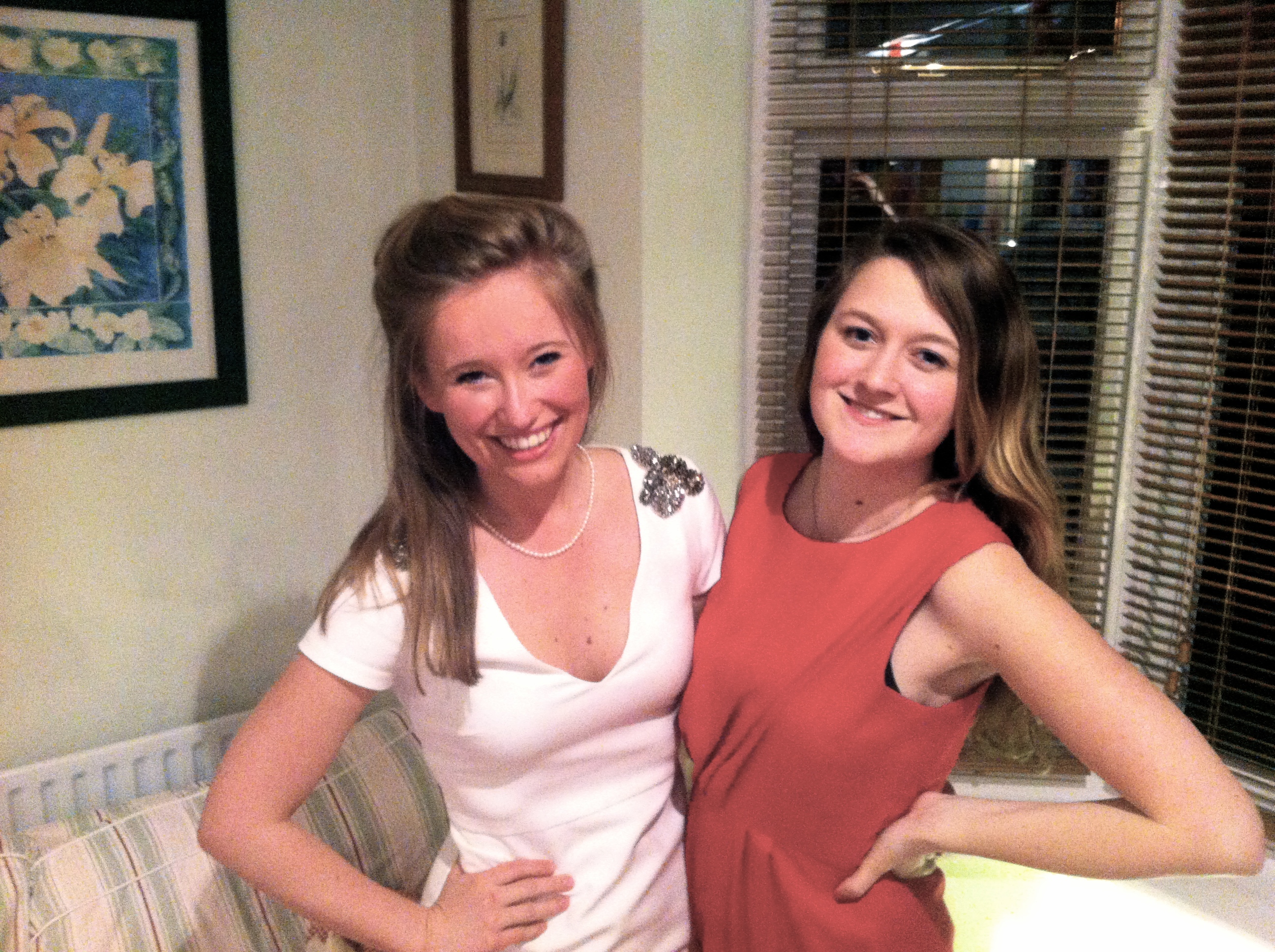